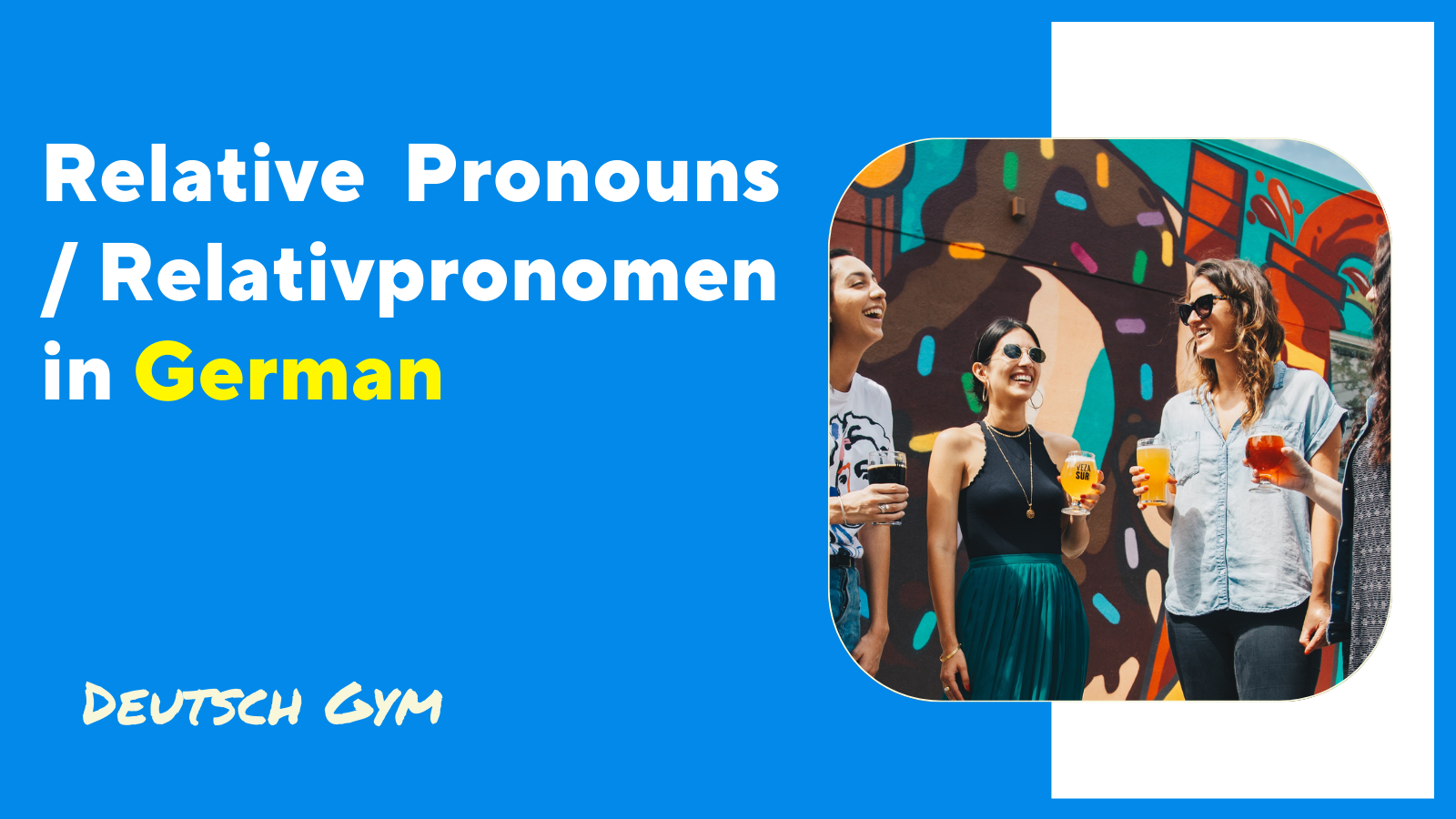 But before we dive into relative pronouns, let's go over pronouns.

Refresher - What are Pronouns?

‍Pronouns are words which replace nouns and noun phrases in a sentence, to stop us having to repeat ourselves.

Without pronouns, sentences come across as repetitive and, frankly, boring to read:

Boris comes from the Black Forest. Boris has shoulder-length black hair and green eyes. Yesterday, Boris went shopping and Boris bought a red coat. But Boris’ red coat ended up being too big, so Boris returned the red coat to the shop. Boris liked the red coat very much, but Boris knew that Boris couldn’t keep the red coat if the red coat didn’t fit properly.

If reading that is as boring as writing it was, then I’ve made my point!

Let’s take the same paragraph, and put the pronouns in where appropriate:

Boris comes from the Black Forest. He has shoulder-length black hair and green eyes. Yesterday, he went shopping and he bought a red coat. But it ended up being too big, so he returned it to the shop. Boris liked the red coat very much, but he knew he couldn’t keep it if it didn’t fit properly.

It’s still not the most riveting paragraph in the world (sorry, Boris!) but it’s much easier to read with the pronouns included.

So what are Relative Pronouns?

‍Relative pronouns work in the same way (working instead of a noun so the paragraph scans easily) but rather than replacing a noun, they relate back to a noun that has already been mentioned.

The most common relative pronouns in English are that, which, who, whom and whose.

- The man, who bought a red coat, was called Boris.

- The cashier, whom Boris had liked, was glad to see him again.

If you think about it, we use relative pronouns all the time in English.

We do so in German as well.

The bad news is that we have to think about a few different things when deciding which relative pronoun to use in German:

(If the noun is plural, then the singular gender doesn’t matter. Plural nouns have their own relative pronoun.)

The good news is that the relative pronouns themselves are almost the same as the definite articles (‘the’) so there isn’t really any new vocabulary to learn. We can focus on the grammar rules.

As you can see, we have to decline (change to put in the correct case) our relative pronouns according to gender and case, just like we have to do with our articles.

If you’re not confident with the idea of declining, you can just learn the relative pronouns as vocabulary and you should be able to use them just as fluently. But do take some time to work on declension, because it’s very important to make sure your German sounds natural.

So we’ve dealt with gender/number and case, but we also need to think about word order.

This is fairly straightforward because it’s exactly as we’d expect in German:

In a relative clause, the verb goes to the end of the clause.

(But not the end of the sentence!)

The man, who is called Boris…

The woman, who is called Erika, comes from Vienna.

You will see here that our relative pronoun is feminine and nominative (die). This is because the noun we are referring back to is feminine (die Frau) and in the nominative case (she comes from Vienna).

The coat, which I bought, was too big.

The girl, with whom I am hiking, is called Nadja.

You will see here that our relative pronoun is neuter and dative (dem). This is because the noun we are referring back to is neuter (das Mӓdchen) and dative (because we’ve used the pronoun ‘mit’ which always takes the dative).

When do we use a relative pronoun?

Simply enough in the same place we do in English.

As you can see in the examples above, our English sentences can be translated directly into German. So think first about whether you’d want to use a relative pronoun in English. If you would, use one in German too!

‍
Use the grammar you have learned in our online German meetups (7-day free trial) or try our online intensive courses from A2-C1 and business German.

How to Say Hello in German

Reconnecting with Germany and Being Outspoken with Mary