Building a Foundation and Making Language Learning Fun with Laura 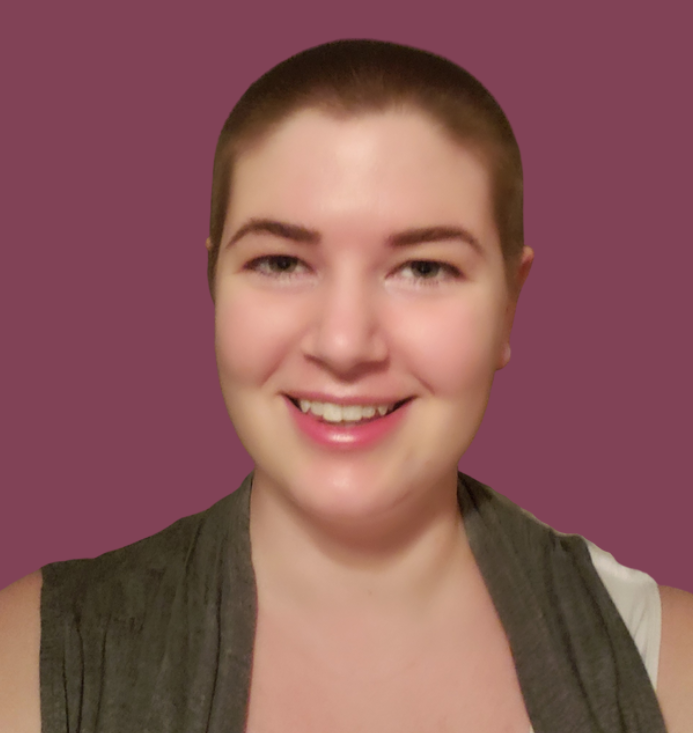 The following is an interview with Laura, one of our members. Enjoy!

Where are you from? Where do you live? What language are you learning? Why? Tell us a bit about yourself.

I'm from the Milwaukee area in Wisconsin, USA, and now I live in Greenfield (same area) with my husband. I'm a linguist, a polyglot, and a lifetime language learner, but I'm really focused right now on improving my German. I'm a German tutor and I'm just finishing my German degree this semester (yay!) but I've been working toward C1-level fluency for the past 6 months or so privately. It's a challenge because when you get to the more advanced levels it feels kind of like a plateau - at the beginning you're learning so much important stuff that you use all the time, like greetings and how to talk about yourself and numbers and stuff, but at the C1 level you're learning vocabulary words that are used a lot less frequently, like grumbling (die Nörgelei) and to get sidetracked (sich verzetteln) - so you don't feel like you're making as much progress. Conversation classes are an awesome way to get some extra speaking time in. I spend as much time as I can speaking, reading, writing, listening to, and studying German - and if not German, then Spanish or French. Other than that, I love animals and art. I'm an amateur artist (I paint with acrylics) and I love to paint portraits, especially of my niece.

Have you moved country to improve your speaking skills?

I live in United States and although I've traveled around Central America a bit and studied at some Spanish academies for a few months at a time, the most I studied German in Germany was 3 months. It's a shame, because I'd love to do my Master's there or move there permanently and tutor English (I think that would be a good opportunity), but I married an American electrician and apparently he would have to do a lot of work and study to be employable in Europe/Germany and be able to work with the German electrical system, which has different standards and codes and everything from what we have here. So, basically, I can't leave or uproot my family.

If you have not moved country to improve your language, are you planning to?

I wish I could, and I think about it all the time. I might end up doing a study program if it's not too expensive, because at a certain level, it's really the only way to improve - certainly the best way. I'd love to go to Berlin, but they say it's not the best place to go if you want to learn German, just because it's so international and everyone speaks so much English. I would have to do some research and think about where I might want to go.

How has learning a language helped you in integrating into your new country?

Speaking from my experience in Guatemala, speaking the language is not necessary to survival - but to integration, I would say it is key. Think of it this way - if you're integrated, you're part of the whole. That means you can participate, flow, partake in things as a group. People don't have to single you out to explain in English or gestures. You can overhear something and go "Wait, WHAT?!" You can be in group conversations, you hear what others hear, you communicate with the community, you're part of the community.

The hardest thing for me as I get more advanced in German has been finding classes at my level. Really, at this point, I just have to travel to Germany (which is expensive and inconvenient for someone with a family and a job and not to mention anxiety) or speak with native speakers or read a lot of books, there aren't any more lessons or grammar book exercises for me. There's no more DuoLingo for me. I have to push myself with immersion and vocabulary training and journaling.

I just got started with Language Gym but I noticed with the first class - I was so relieved - that the speakers were actual C1 speakers. I've been through multiple advanced German classes that weren't challenging enough and I think I've finally found my place at Language Gym.

How often do you attend Language Gym online meetups?
I'll be going as frequently as possible.

What other learning methods have you tried?

Tutoring or "1-on-1 conversation classes" (worth it but expensive, I do at least an hour a day in one language or another), Goethe classes (5 stars), University classes (finishing my German degree this semester), Berlin Connection (awesome if you find the right level for you), Lingolia for grammar review (awesome site for grammar exercises), books and novels as well as articles (this is important), Memrise (so far I like this better than Quizlet), Youtube (check out Kurzgesagt and 13 Fragen for great videos to practice advanced German - Kurzgesagt makes videos in Spanish and English too and they're really interesting), language exchanges (my experience has been mixed, it's sometimes awkward meeting strangers on the internet) .

I think I did an awesome job - strong foundation in grammar, introduced a cultural connection early on, started reading and listening to music and translating lyrics for fun to learn vocabulary.... Basically, my advice to anyone is BUILD A STRONG FOUNDATION - meaning the basics of the grammar have to be crystal clear. Like, the case system and how to conjugate verbs. Don't skimp on that stuff. You're not going to want to review it later so just get it down perfectly in the first place.

Other language learners will be reading this blog. What tips for them do you have in learning languages?

I saw a TED talk about how the most successful language learners have nothing in common as far as methodology - but they all enjoyed it. Find a way to enjoy language learning and you'll end up succeeding. Also, a cultural connection. It's so important. Often music, sometimes a TV show or an actor - become a fan of the German national soccer team! Something like that. Start playing the Alpenhorn. Okay maybe not that. Germans don't do that. Mostly. But you get what I mean. Get involved. Feel the German.

Aww, yay, I like this question. I feel the pressure to represent well on this question but I feel like I'll be remembering kind things all day, thinking, "Oh! I should have said that instead!" but... maybe... ah. When I was in Guatemala, I got dysentery. I was on a bus to the airport when I started feeling sick - and then I got really sick. I think the bus driver was worried I would die on his bus or something so he made me get off, in the middle of Guatemala City - not a safe place. I was completely dehydrated, could barely stand. My friend whom I had met a week earlier missed her flight and got off the bus with me to make sure I was okay - she took care of me and brought me to a hospital where they treated me for dehydration and dysentery and then she brought me to an Airbnb and took care of me until I was better. She completely changed her travel plans to make sure I survived Guatemala City. I'm crying just remembering her. Thank you, Jess!

Behind the curtain of Deutsch Gym - what happens in the meetups?

Embracing Responsibility and Treating Patients Through German with Ece