How to Introduce Yourself in German 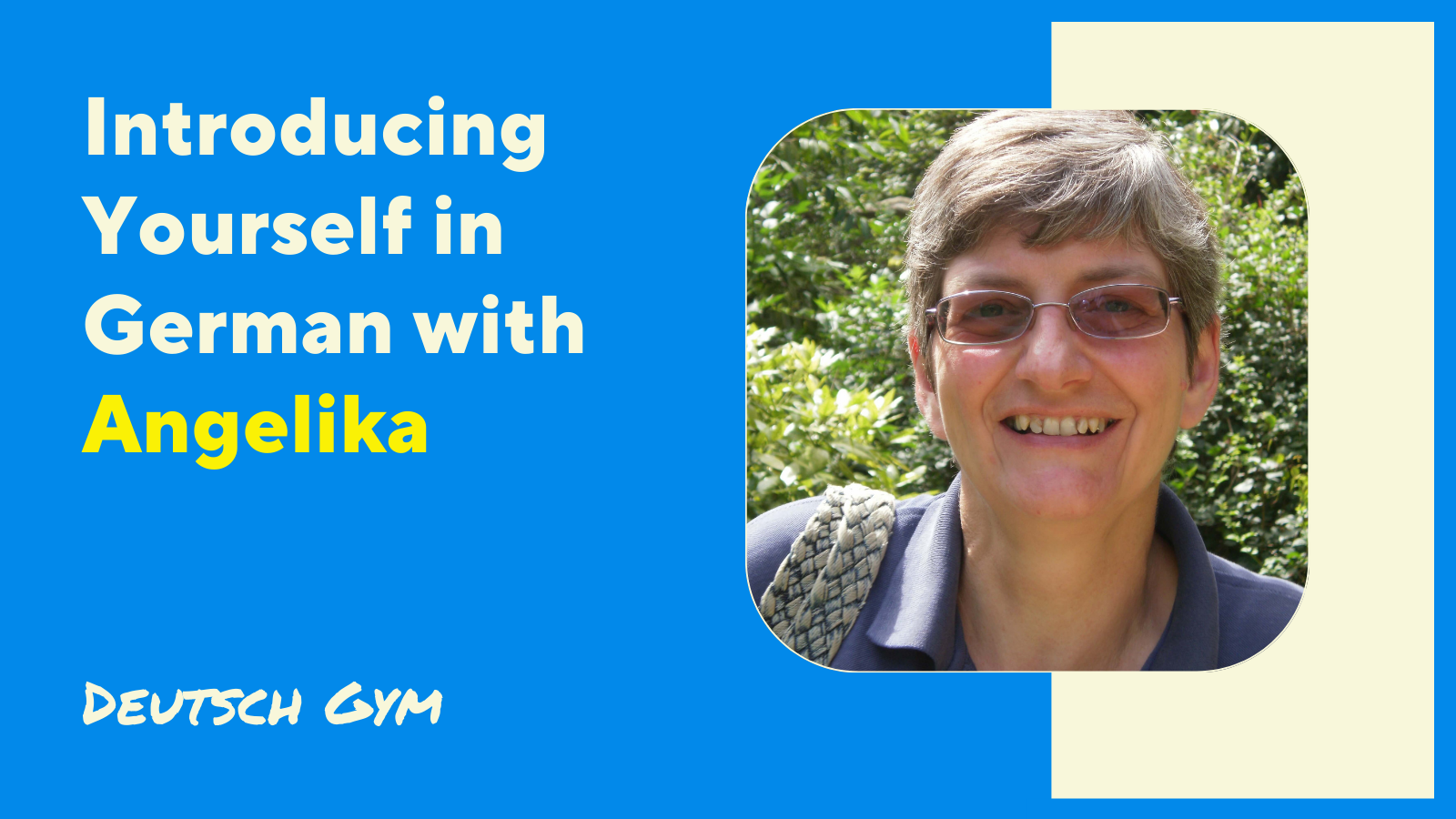 This week we have a guest post from Angelika Davey of Angelika’s German Tuition & Translation.

How to introduce yourself in German, especially in business situations

How to introduce yourself is one of the first things you learn in a German lesson, whether you learn with a tutor, in class or on your own.  And the easiest sentence is ‘Mein Name ist ….’ as that’s the closest to our English ‘my name is …’

And yet, this is the sentence where most English speakers make a mistake – the mistake of only giving their first name.

If somebody asks you in English ‘What’s your name?’ you most likely answer with ‘My name’s John’ (obviously not if you have a different name).

I have been teaching German for almost 30 years and no matter how often I remind my students about giving their first AND surname, when asked ‘Wie ist Ihr Name?’, they reply with only their first name.

That is absolutely fine in an informal environment amongst students, when meeting relatives of German friends, at a party or at the Deutsch Gym 😊

But it’s the equivalent of being mates, which isn’t good in a business situation. German businesses are usually still very formal. So if you are about to meet a prospective employer or client, address them with respect and Herr or Frau (& their surname).

What happens if I don’t address them with their surnames?
It most likely means you won’t get the job or possibly not that business deal you had hoped for.

What happens if I only give my first name?
They will address you only by your first name but it’s like you are a child and not their equal.

As an example, a group of business students once told me that they went to a meeting in Germany, where they only gave their first names. All the Germans addressed each other with Mr or Mrs and addressed the English people by their first name. They felt as if they’d been spoken to like an adult talks to their children.

Are all businesses like that?
Most, but not all, and this is the problem in general. Most of the time you won’t know whether the German wants to be addressed formally or informally. That’s why my advice is that you always introduce yourself with your first name AND surname.

This is what I do: I introduce myself by saying ‘Ich heiße Angelika Davey’ (Or: mein Name ist Angelika Davey) and I can tell by the answer whether the German person wants to be formal or informal. If the answer is something like ‘Hallo, Angelika’ then they most likely will use the informal you. If, however, their answer is something like ‘Guten Morgen, Frau Davey’, then they want to stay formal.

What happens if I address somebody formally and they want to use ‘du’ instead of ‘Sie’? Isn’t that embarrassing?
No, the German person will just tell you to use ‘du’ and that’s it.

So, who decides when to use ‘du’ instead of ‘Sie’?
Etiquette says that in business it’s the higher rank who might suggest to us the informal.  Privately it’s the older person.

This is all very confusing!
I agree with you. When I grew up in Germany it was straightforward: adults, you didn’t know and people in authority were addressed with ‘Sie’. Mates, family members and children with ‘du’. But things are changing, and more and more Germans prefer the informal way like the English ‘you’.

… Always introduce yourself with first and surname! 😊

Reconnecting with Germany and Being Outspoken with Mary