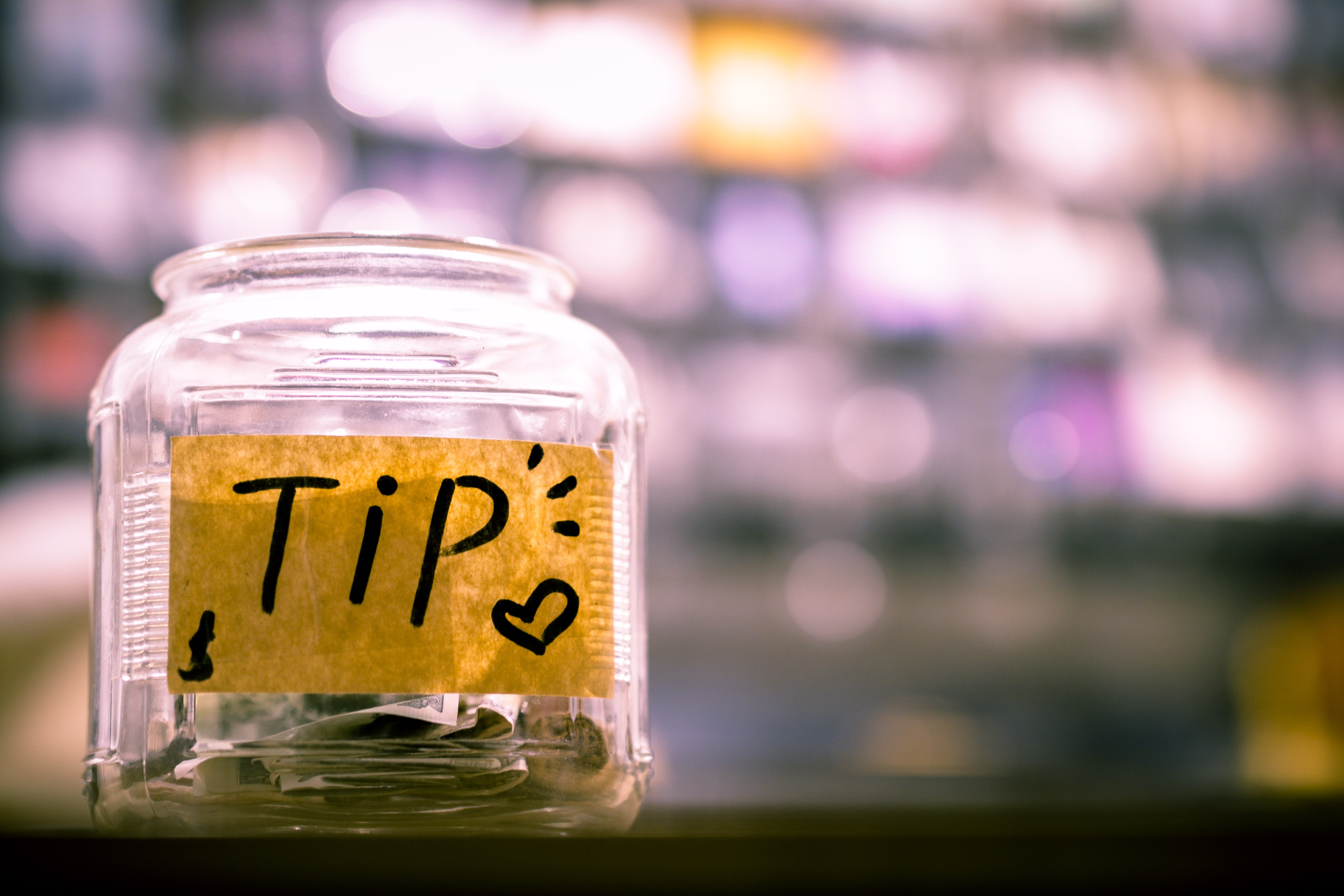 The rules for tipping can be vastly different from country to country. In the U.S., 15%-20% is standard, anything below is considered rude.

In Germany, on the other hand, tipping is more modest and not necessarily obligatory. It also depends on what the tip is for. Below are some scenarios where there are differences in tipping etiquette.

It’s not customary to leave cash on the table.

You give the tip as you pay, and if you are paying in cash, you can tell the waiter how much change they should give you back.

If you are eating at a fancy, upscale restaurant, you should tip 10%. It will be expected.

If there are tip jars at cash registers (in coffeeshops, etc.) leaving €1 or €2 is most welcome.

It's also customary to tip at hair salons. If the bill is paid by credit card, cash is always preferred for the tip rather than adding it onto your card.

They’ll have a tip jar or money box at the register where you can leave tips for the hairstylist. If you are happy with the service, it’s encouraged to tip 5%-10%, but a lot of people are more likely to give a couple of euros. This is fine as well.

When taking a taxi, some people tip, some don’t. If they tip, they mostly round up the cab fare and give €1 or €2.

People at toilet rooms or cloakrooms are also happy to receive a little tip ranging from 0.50 cents to €2.

During times of economic hardship like right now in 2022, people might not tip at all when going out, which may not be so nice for the waiters, but it is still acceptable.

Tipping is considered voluntary in Germany, after all.

That’s probably why you might have seen signs around to remind people of the importance of tipping. So don’t be a Geizkragen (cheapskate = stingy person), give what you can, even if it’s 0.50 cents.

Your Culture vs German Culture

Generally speaking, Germans are rather thrifty. But you don’t have to adopt the same behaviour. If you come from a more generous tipping culture and/or can afford it, be giving, if the service is good!

People will be very grateful and treat you well the next time you go back. Everyone who has worked as a waiter or waitress knows how important tips are. The basic salary isn’t very high, so many people depend on that tip money.

According to German labour law, employees don’t have to pay taxes for tips. Employers, on the other hand, must pay tax on tip money, if they were to keep it.

Final Thoughts From a German

I’d like to think that tipping, just like a friendly smile, is an act of kindness and goes a long way.

People appreciate you if you appreciate them. And it might just be an icebreaker because Germans are known to not necessarily be the warmest and friendliest at first. But when they open up to you they have a lot of heart, are really warm and go the extra mile for you. ;)

Nat is a German native living in Los Angeles.

Practice your German and meet other learners in one of our online German meetups (7-day free trial, all levels) or try our online intensive Business German course.

The Best Bars In Berlin