How to say "why" in German. 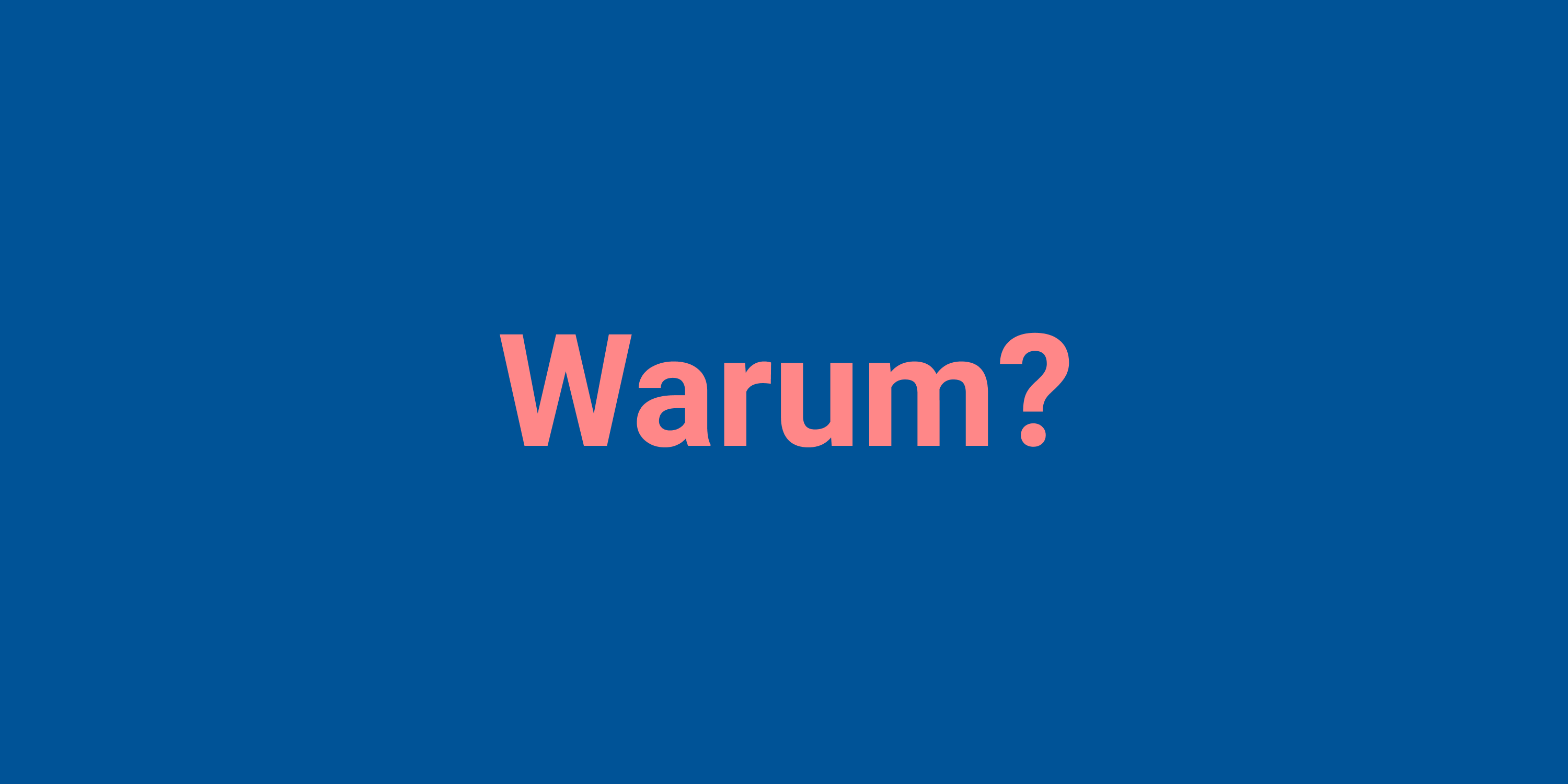 How do you ask "why" in German?

Let’s start with the most common way:

Why are you tired?

That’ll do for a lot of cases, but there are variations! You can’t have it that easy. There are 6 German words that are similar to the English “why”: warum, wieso, weshalb, wozu, wofür, and weswegen.

I’ll break these into two groups:

Group One - backward-looking (not always, but they can be): warum, wieso, weshalb, weswegen
Group Two - forward-looking: wofür and wozu.

Backwards looking question words look for the cause of something, forward-looking ones look for the goal or the aim. I’ll explain more below.

These four ask for the cause of something. They are often backwards looking - you use them when you want to know the reason for something happening. But it is important to remember that they are not exclusively backwards looking.

Why do you not visit me?

Why aren’t you coming to my birthday?

Weshalb is usually used in a more formal context, and asks for a more detailed explanation. According to U/Missa_na, it is also backwards looking “What happened in the past to cause this?“

-Why does he go to school?

Weswegen also asks for a cause. But it is a bit more searching than the ones above. Because of what? For what reason? You would probably reply in the Genitiv form “wegen” (because):

What am I signing up for tomorrow?
I’m signing up because of our meeting.

Confused? Me too. That’s why I liked this explanation of the nuances between these four “backward looking” question words from Sandra. She puts the words alongside one another in the same sentence:

Why are you late?

She came to the conclusion that warum and wieso are open-ended questions, with no intent behind them. Like a child asking “Why are you late?”. The asker wants to know the answer without prejudice.

With weshalb and weswegen, however, you are pre-judging the situation, and assuming a particular reason as to why the person is late. Why are you late? What is the reason?

Many consider wofür and wozu to be interchangeable. In contrast to the words in Group 1, these are both forward looking. They want to know the aim of something, not the cause of it. Or as landsend puts it, they ask what goal you want to reach.

Wofür is commonly meant as “for what?”

-What do you need the scissors for?
-So I can cut the paper.

So the question really is: what is the goal here? What do you want to use the scissors for, in the future? That’s why it is considered to be forward-looking.

Similarly to wofür, this is usually understood as “What is the aim?” “For what reason?” Look at this example to see what I mean:

Son: To buy a present.

The mother is asking: what will you use it for? It is looking for the aim behind the question, and the action attached to this will happen in the future.

It’s still pretty nuanced, and is apparently something that you will get a feeling for - I think I haven’t fully yet.

It’s an interesting exercise to tease out the difference between them, but it is more something to work on when you have a lot of other things in grammar worked out, I reckon.

A lot of native speakers wouldn’t be able to articulate the differences between them, so don’t feel bad if it isn’t clicking just yet.