Dedicating 15 years to Germany, integrating, and coming across kindness with Jefin 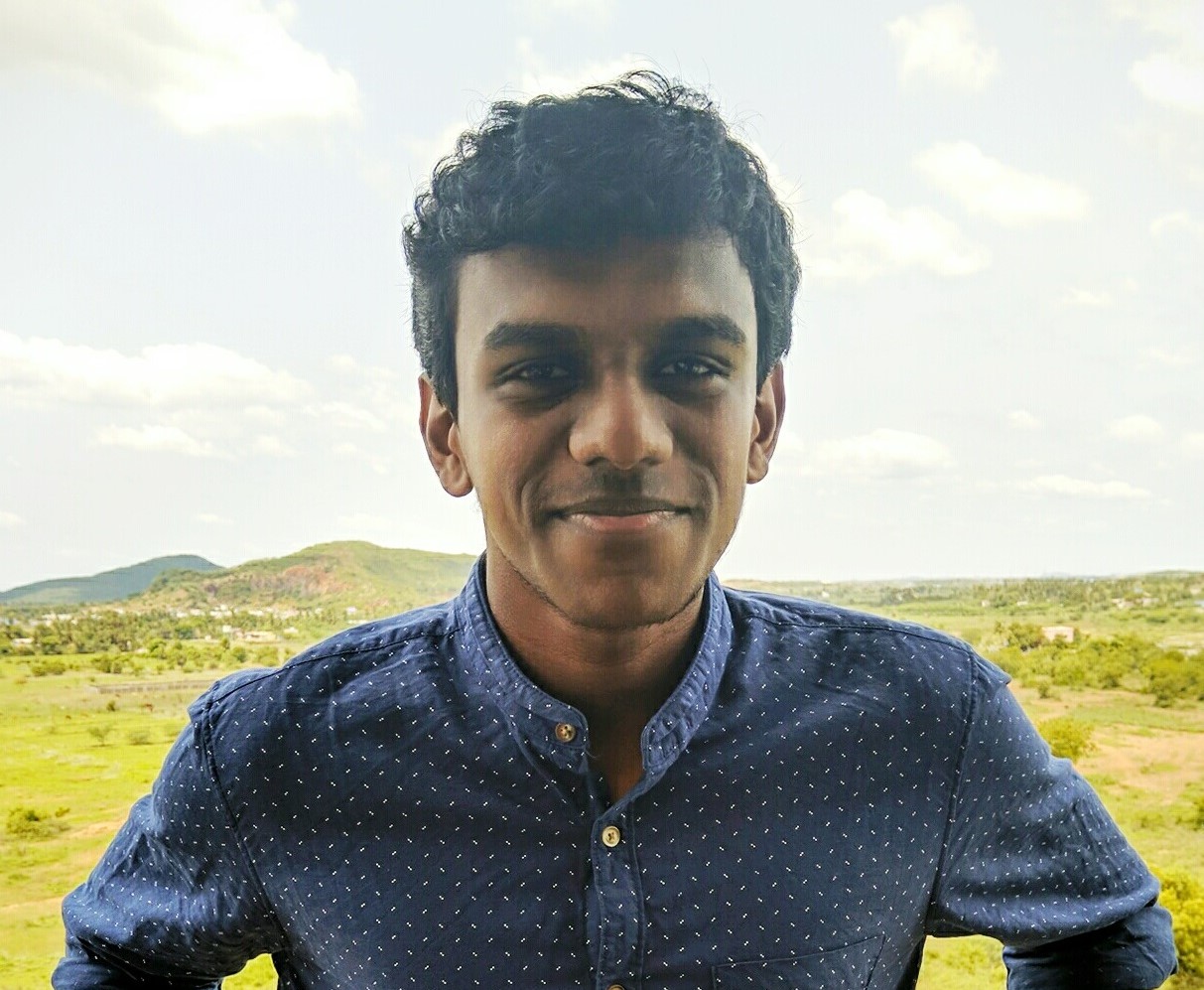 The following is an interview with one of our members, Jefin.

Where are you from? Where do you live? What language are you learning? Why? Tell us a bit about yourself.

I was born and brought up in Chennai, a city in the southern part of India, where I lived with my parents and a younger sister. I did my entire schooling and bachelor studies in India. I moved to Munich in September 2021, to pursue my master's studies.

Languages have been part of my journey for a long time. Back at school, I had the opportunity to learn French for a couple of years. And India, being a diverse country, gave me the chance to get myself comfortable with several regional languages.

I started focusing on German during my bachelor's days when my move to Germany was finalized. I started my learning process with YouTube as I wanted to grasp the pronunciation right. This brought me up to an A2 level. Then I had to take up classes for further certification.

I have always loved learning languages, especially German! People say that it is a tough language but I feel that with the right amount of motivation and dedication, one can really enjoy the language learning process!

Did you move to Germany to improve your speaking skills?

My move to Germany was not purely motivated by a desire to learn the language. I learned German because I knew for a fact that I would be studying and then working in Germany for a good 10-15 years. Learning the local language, German in this case, was purely a matter of choice.

I know plenty of people who have been living in Germany for a long time, but still have pretty basic German. I never wanted to go down that path, hence I made sure I knew the basics before landing here.

The integration process was quite smooth. I moved to Munich and felt quite comfortable here. It is an international city, with a lot of ex-pats from all over the world.

As a lot of people speak English here, I spoke English a lot at the start, despite me knowing German.

This made life in the early days in Munich much more comfortable.

How has learning a language helped you in integrating into Germany?

I had good German proficiency before landing in Germany and it certainly served me well. In local shops and dealing with customer service people, I was always greeted with a broad smile whenever I spoke in German. This experience makes it really pleasurable and you feel like you belong in this place. I have reaped the rewards and I would recommend the same for anyone wanting to integrate better into a new environment.

The hardest part in German for me was certainly the grammar. Especially the different cases - nominativ, akkusativ, dativ and genitiv. In particular how the article changes to accommodate these cases! The gender of the word also adds to the complexity. Having learned English my whole life, I found it really hard to digest these new challengers and get them rolling in the initial days. But daily practice helped me get a good grasp of them.

I feel vocabulary is hard in every language, and you just have to face it head on. Pronunciation in German, except for a few words, came easy for me. Unlike in English, where the same letter combination can be pronounced in various ways.

I can not stress the importance of Language Gym in my learning journey. It had almost doubled my confidence level. The topics posted are refreshing and the questions drafted give us a good chance of exploring various new vocabularies and sentence structures. Also, you get to talk for 20-25 minutes, something which is critically missing in most of the traditional classes, where it is either overcrowded or it is the teacher doing most of the talking. The 3-person room concept in Language Gym is certainly the ideal environment to get your speaking and pronunciation skills to the next level!

How often do you attend Language Gym meetups?

I paid for the full package (meetups every day). I attend at least 4 times a week, so as to be as consistent as possible in my learning. The timings on weekends do not quite fit in my schedule but I am certainly happy with the weekday routine that I currently do.

What other learning methods have you tried?

I have tried out regular online classes, where a teacher instructs the students for a good 90 minutes. The students got very few chances to speak, however. It did the job but I was not happy with my progress and the learning outcome. I would love to try the 1-on-1 session as I believe it would be more productive.

I learned German myself, using learning material from various sources I found through my own research. But this actually held me back a bit, as I did not follow one particular course with a defined curriculum, and I did not have structured exercises to do.

Also, I had waited for almost 5-6 months from when I initially began to actually starting to practice spoken German.

I thought that it would be good to have a strong command of the written language and the rules first, and then engage in speaking. But I really regret making that decision, as I lost 5-6 months that could have been used to improve my spoken German.

Those would be some aspects that I would love to change when I learn a new language in the future. I really want to learn Spanish and I will make sure that I learn from a native instructor, follow constant material throughout and most certainly start speaking from day 1!

Other language learners will be reading this blog. What tips for them do you have in learning languages?

For beginners, who are just entering the language, my advice would be to focus hard on the pronunciation part. The best way to get a good hold of it would be to learn from a native speaker. Also, another important tip would be to learn on a daily basis. Language learning can be a long, continuous, and tiring process. I also would strongly suggest against taking long pauses in your learning, as it disrupts the flow and one loses interest quickly.

For intermediate or advanced learners, my advice would be to learn at least 4-5 new words daily and revise them frequently. There are enough tools available to do that. I personally use Anki, a flashcard-based app to get my job done. Leaning with spaced repetition is the best way to hold on to new words easily in the brain.. And again, practice daily!

For complete beginners:
I would highly recommend German with Jenny, a YouTube channel, aimed at complete newcomers to the language. She starts with the basics and moves on up to the B2 level. She is a native speaker and one will not have a hard time following her.

For intermediate learners:
Listening to podcasts would certainly improve your standards. There are tons of available options on Spotify, completely for free! Easy German would be a good start. They have different levels of difficulty and the pace is steady.

For advanced learners:
Novels help greatly. One can start with the Harry Potter books. Most of us know the story which makes it easier to visualize and associate new words in it. Listening to the news and watching series are also good ways to master the language. I would personally recommend the Deutsche Welle website under the "news" category, and Stromberg is an excellent TV series.

And on top of all, for all levels, I would most certainly recommend Language Gym as your ultimate destination for spoken practice!

It actually happened here in Germany, at Frankfurt airport. We were a couple of students from India with all our luggage and a lot of trollies. We were overwhelmed and had no clue how to reach the railway station to board our train to Munich. We had approached a shopkeeper for help and he without any hesitation came out of his shop, walked with us and also helped our luggage to the train station. It was about 15 minutes from the airport and it was really nice of him to do that!

"I Arrived 10 Days Before the Pandemic Hit" - Meet Lina

"Integrating into Germany Was Easy" - Gilbert